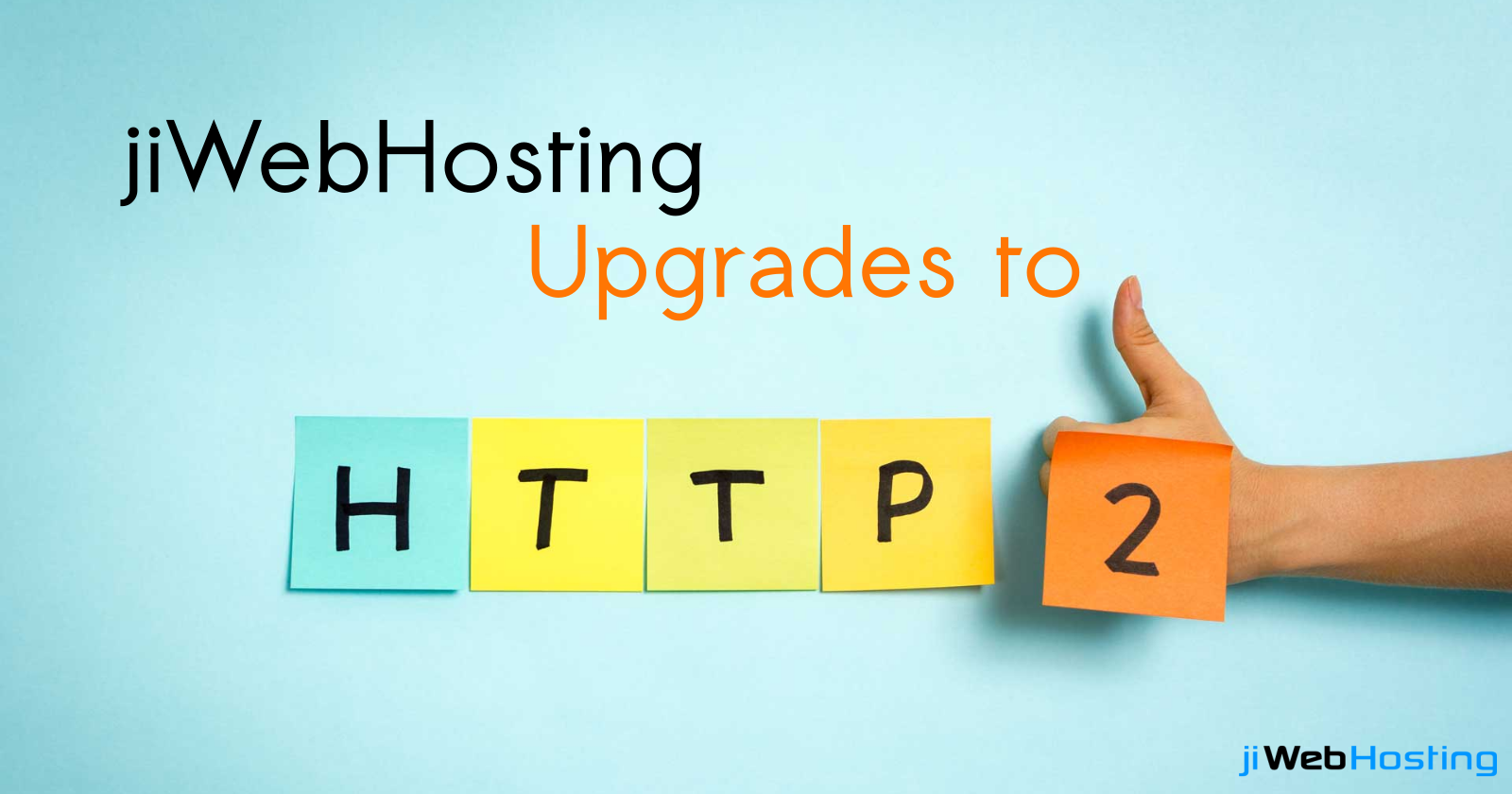 jiWebHosting, a global leader in web hosting has announced that it is actively expanding its HTTP/2 program to all its customers.  We are committed to help our customers make the transition to HTTP/2. It is the latest update to the hypertext transport protocol and it is how browsers communicate with web servers and how pages are rendered within them.

Single Connection: Only one connection to the server is used to load a website, and that connection remains open as long as the website is open. This reduces the number of round trips needed to set up multiple TCP connections.

Binary: Makes HTTP/2 easier for a server to parse, more compact and less error-prone. No additional time is wasted translating information from the text to binary, which is the computer’s native language.

Multiplexing: Multiple requests are allowed at the same time, on the same connection. Previously, with HTTP/1.1, each transfer would have to wait for other transfers to complete.

Header Compression: HTTP/2 uses HPACK compressions, which reduces overhead. Many headers were sent with the same values in every request in HTTP/1.1.

Faster Web Page Loading Speeds: HTTP/2 will help make the browsing experience much faster than its old version since it eliminates known flaws and limitations.

Better Security: Since HTTP/2 already has encryption enabled by default, it further reinforces security among websites using this protocol.

Prioritization: Requests are assigned dependency levels that the server can use to deliver higher priority resources faster.

Server Push: Additional resources can be sent to a client for future use.

The benefits of HTTP/2 are many, but the updated protocol will require developers to change some their ways. As for us at jiWebHosting, we are making changes so that your site can take advantage of what the new protocol can offer. Stay tuned for future blogs on HTTP/2 and updates from us.